Movie producer and politician, Funke Akindele, is overjoyed as her newly released movie, ‘battle on buka streets’, makes N135 million in one day.

Taking to her Instagram page, she announced her latest achievement, and appreciated her fans for watching her movie at the cinemas.

She also advised her fans and followers to keep working hard, praying hard and staying positive to achieve their dreams.

The movie which was premiered on the 10th of December 2022, was directed by the veteran actress, Funke Akindele.

Her movie was been released on the 16th of December 2022, and many of her fans have been showing their support, by storming the cinemas to watch her movie. 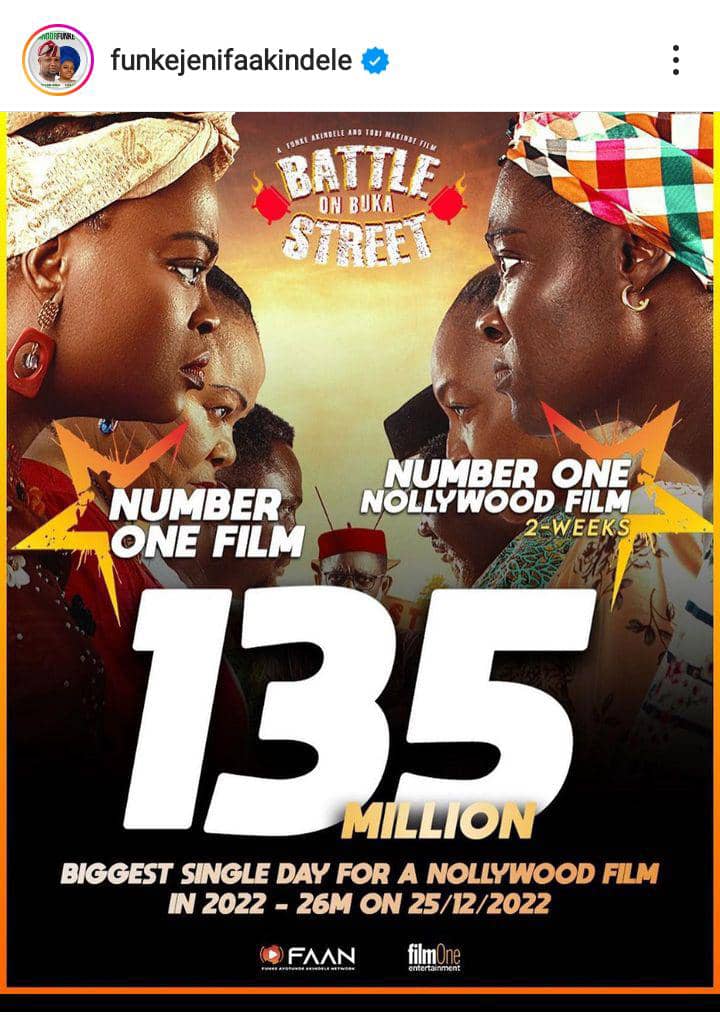