Sharia is the Islamic legal systemderived from the teachings of the Qur’anand the Hadith (sayings and actions of the Prophet Muhammad).

It is a comprehensive system of laws that regulates the religious, social, and political life of Muslims. Sharia covers a wide range of topics, including crime, politics, and economics, as well as personal matters such as sexual behavior, hygiene, and diet.

The concept of sharia is derived from the principles of justice, fairness, and equality as outlined in the Qur’an. It is intended to be a guide for Muslims to follow in order to live a righteous and harmonious life in accordance with the will of God.

There is a wide range of interpretations of sharia among different Islamic schools of thought, and it is implemented and applied differently in different countries. Some Muslims believe that sharia should be the law of the land, while others believe it should be used only as a personal moral code. There is ongoing debate within the Islamic world about the role of sharia in modern society.

Under Islamic law, it is generally considered inappropriate and sinful for unmarried individuals of the opposite sex to live together. The Qur’an instructs believers to lower their gaze and guard their modesty, and living together without the benefit of marriage is seen as a violation of these teachings.

However, Saudi Arabia, an Islamic country, is reportedly prepared to bend its laws, which disallow non-married couple from cohabitating, for Al-Nassr‘s new player, Cristiano Ronaldo. 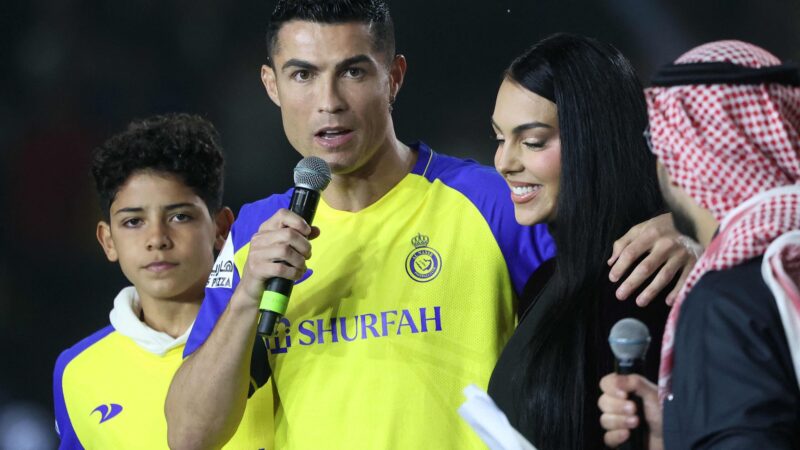 Unmarried couple are forbidden to live together in Saudi Arabia.

Laws and regulations are created by the rich for the poor. Your focus in life should be on acquiring wealth, no matter how small the amount. This is because money plays a central role in nearly every aspect of the world.