Rema Beats Burna Boy, Kizz Daniel To Become Artist With The Most Viewed Music Video On Youtube In 2022

Award-winning singer, Rema has become the artist with the Most Viewed Music Video on YouTube in Africa in 2022 with 313 Million Views On his “Calm Down” Video.

The 22-year-old beat his senior colleagues, Burna Boy, Kizz Daniel, and others to win the title.

Rema, whose career saw a huge soar in 2022, took the number one and two spots for a most viewed music video on YouTube. 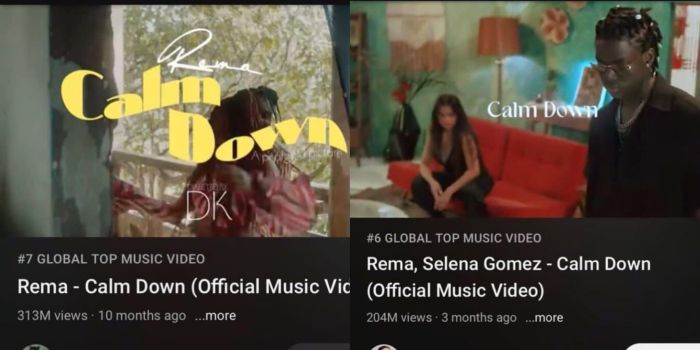 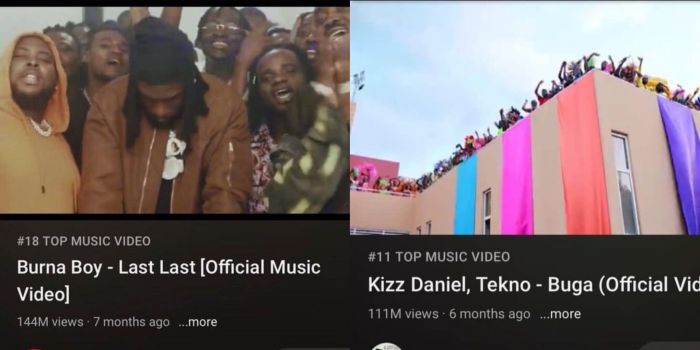 Days back, We reported that Rema had become the latest Nigerian artist to exceed 1 billion Spotify streams across lead credits.

The Mavins singer, who had a fantastic year in 2022, had achieved 1 billion listens across lead credit on Spotify.

Afrobeats song “Calm Down” remix, which was influenced by Selena Gomez, is one of the biggest of 2022.

The song is the fastest to reach this milestone, surpassing 300 million views on YouTube in just 10 months with the single.

“Calm Down” has topped one billion streams on all platforms. The song also debuted in the UK Official Singles Top 10 charts.