Wizkid and Rexxie Set To Collaborate After Wizkid Louds “Abracadabra” To No.1

Producer of and owner of the song ‘Abracadabra’ with the catchy line, ‘Abi Kin Pe Rexxie,’ Rexxie has shared the chat he had with Wizkid after thanking him for helping him in promoting the song.

Fans may want to get ready for a potential collaboration between Wizkid and producer Rexxie on the popular song “Abracadabra,” which also features Naira Marley and Skiibii or a new song entirely.

The song is currently the number 1 song in the country 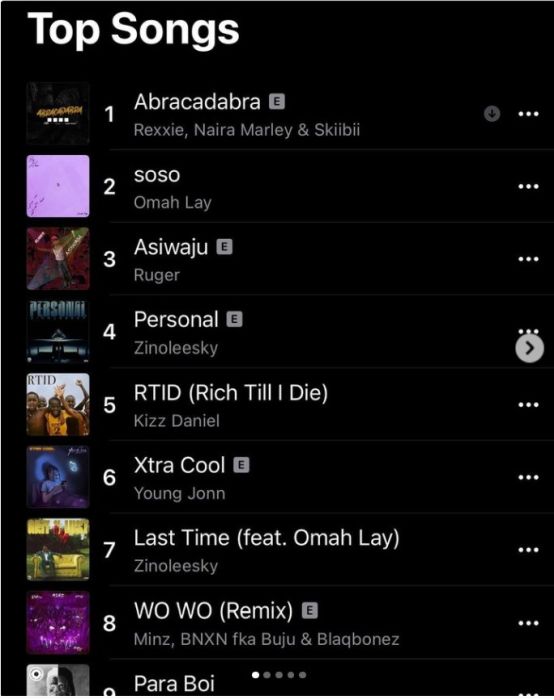 Today’s viral fad is the catchy phrase “Abi Kin Pe Rexxie,” which even Wizkid, the starboy himself, couldn’t get enough of.

Rexxie, the smash song’s producer, responded to Wizkid’s statement that he couldn’t get enough of the song on social media. The Big Wiz himself tweeted images of himself playing the song again, so this was evident.

Rexxie could not contain his excitement in a recent post shared on his social media platform that could not help but leave many people guessing that we might be getting a possible collaboration.