The street-hop artist Zinoleesky has achieved a new milestone with the success of his most recent single, “Personal,” which reaches the top spot on the national rankings of Apple Music.

On December 24, the song that had replaced Ruger‘s “Asiwaju” on the charts reached its peak, and his “Grit & Lust” EP was also sitting atop the album rankings.

In a statement congratulating himself, Zinoleeskysaid, “No. 1 song and No. 1 album in Nigeria, ara nkami.” 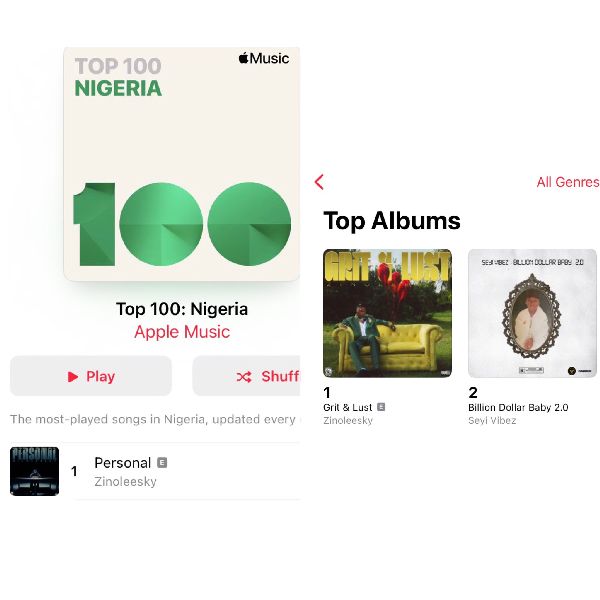